Christine’s TAS project aims to build an ethical framework that assists developers of autonomous systems in Defence with thinking through the ethical aspects of their technologies. The framework will be based on the value sensitive design method. Designing with an eye to ethical values ultimately leads to “better” technologies, not only in a technical or cost-efficient sense, but also with a view to societal acceptance.

Christine holds a PhD degree in ethics and philosophy of technology. Her dissertation was on the role of technology on moral decision making in military operations. She holds a BSc in Human Kinetic Engineering (The Hague University of Professional Education, 2002), a BSc in Mechanical Engineering (Eindhoven, Fontys University of Professional Eduction, 2004) and a MA in Christian Studies of Science and Society at the Amsterdam Vrije Universiteit, faculty of Philosophy (2006).

Christine has a background in industry, Defence, and academia. Her topics of research included ethics of military technology, ethics of humanitarian logistics for refugees, ethics and technology in the sharing economy, normative practices, and reformational philosophy. In her research, she works with ethicists, psychologists, engineers, systems thinkers, theologians, and operations researchers. Her current research is on Value Sensitive Design of autonomous systems. She worked several years in industry as a mechanical engineer and served as assistant director for the Dutch Research School for Philosophy (hosted at Erasmus University Rotterdam) from 2014-2018. Christine has served as a reserve soldier at the Royal Netherlands Reserve Army since 2000.

The Defence Science and Technology Group (DSTG) A Method for Ethical AI in Defence report represents a first step by Australian Defence towards answering some of the questions above. It includes an ethical risk matrix that autonomous systems developers are required to fill out when developing technologies for Defence. In order to strengthen the successful implementation and maturing of A Method for Ethical AI in Defence into a model of good practice, close attention should be paid to the needs, values, and concerns of diverse stakeholders around these technologies including (but not limited to) developers that build autonomous technologies for specific Defence requirements, humanitarian organisations, Defence and the general public.

This research has a strong focus on stakeholder engagement, as any best (or good) practice, method or guide that ignores the perspective of one or more important stakeholder runs the risk of becoming a tool of frustration, ignorance or ridicule. This research assists those with a genuine concern for ethical use and development of autonomous systems. It aims to build an ethical framework, based on the value sensitive design method, that assists developers of autonomous systems in Defence with thinking through the ethical aspects of their technologies. Designing with an eye to ethical values ultimately leads to “better” technologies, not only in a technical or cost-efficient sense, but also with a view to societal acceptance. 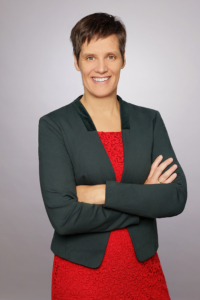