On Friday 22 July in a large exhibition hall in Brisbane, an innovative Queensland company, DanField Stratoship undertook a demonstration inflation of a stratospheric air ship.

The demonstration was organised by Trusted Autonomous Systems, a Defence Cooperative Research Centre in conjunction with the Royal Australian Air Force (RAAF) Air Warfare Centre (AWC), and as part of the groups involvement in the High-Altitude Pseudo Satellite (HAPS) Challenge.

The inflation demonstrates the technical status of the Stream 1 of the Challenge (Automated of Autonomous HAPS Platform Station Keeping & Constellation Maintenance) under the Power and Control in the Stratosphere (PACITS) project. This is currently in Phase 3, Prototype Development & Demonstration. PACITS is led by Danfield Stratoship and supported by a team The Stratoship Group including its sibling company Skysite, SuperSky Engineering, SmartSat Services and the Australian National University.

Ultimately, the conclusion on the Challenge will see a practical demonstration of the technology, deployed to the Stratosphere with regulatory approval processes underway. 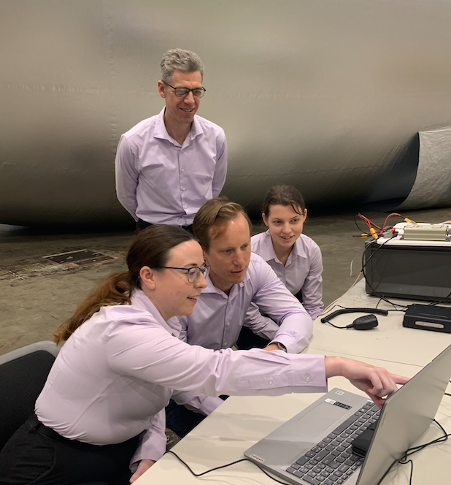