With the surging use of highly automated remotely piloted aircraft systems (RPAS) and the prospect of ubiquitous drone-based delivery from the likes of Wing, Matternet, Flirtey and others, the question of how to perform air traffic management for drones, to prevent both unmanned-on-unmanned and unmanned-on-manned conflicts is a complicated one.

It’s clear that there are different societal expectations for the safety of two large wide body aircraft with hundreds of fare-paying passengers onboard colliding with one another compared to two small unmanned aircraft colliding with one another. Society may be willing to invest significant cost to ensure two commercial public transport aircraft do not collide, however society would not be willing to expend the same resources to prevent two drones from colliding.

To complicate this further, there are likely to be orders of magnitude more drones than manned aircraft, operating in close proximity, undertaking a range of different operations that may require approval at a moment’s notice. Without the ability to rely upon the human eye onboard to undertake see and avoid functions, this problem lends itself towards an autonomous, system of systems solution.

As the demand for such an Unmanned Aircraft System Traffic Management (UTM) system increases, the highly intertwined technical, legal and societal issues associated with a UTM need to be solved. The regulation and governance related to design, manufacture, certification and the continued operational safety of these autonomous systems requires a collaborative approach from society, regulators, academia and the aviation industry to ensure that trusted, safe, equitable and efficient UTM systems are developed for all parties.

It is with great pleasure that the Centre can announce the appointment of Tom Putland as Director of Autonomy Accreditation – Air, effective Monday 2 November. 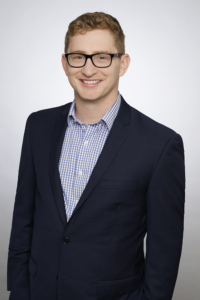 Tom has worked at the Civil Aviation Safety Authority (CASA) for the past seven years, five of which were spent in the realm of RPAS focusing on RPAS airworthiness and overarching safety and risk management policy for CASA. Tom has also played a crucial role in the assessment and approval of complex RPAS operations.

Tom has been an Australian representative at the Joint Authorities for Rulemaking on Unmanned Systems (JARUS) for the last three years and has actively contributed to the development of the JARUS Specific Operations Risk Assessment(SORA), a globally recognised risk assessment tool for RPAS operations.

In these times of rapid technology development with respect to RPAS, UTM and automation, Tom is ideally placed to bridge the gap between regulators, the industry, society and academia to create a harmonised body of knowledge to facilitate faster, more efficient and safer certification of autonomous aircraft in Australia and around the world.

Autonomy Accreditation forms a significant part of the Centre’s Assurance of Autonomy Activity that aims to create a trusted environment for test, risk analysis and regulatory certification support of autonomous systems and establish an independent world- class assurance service to global industry based in Queensland.